Have I told you before how much I HATE confrontation? Some people don’t care one way or the other and have no problem confronting someone or being confronted. Some people actually enjoy it and go out of their way to cause it. Me, I hate it!

The old me would avoid it at ALL costs; my sanity, my self-esteem, my peace. What ever was wrong, I tip-toed around so I did not have to feel any more discomfort or pain in an already uncomfortable or painful situation. To me confrontation brings up fears.

However, I have learned and I have grown…some. I still HATE it but I can put on my big-girl panties and do it. If my peace and serenity are being encroached upon, it is my responsibility to speak up and let whomever know what the problem is. If I do not speak up, then shame on me. There is no one to blame for my discomfort but me. Thus, I confront…and will continue to confront when necessary for my own well being.

Let’s go back to yesterday. Actually, a little further back than that. I have 2 rooms in my house that I rent out. One room to a single gentleman, we’ll call him Pete, and the other to a couple, we’ll call them Joe and Marcia. Pete is never really here, he pays his rent on time every month, and he is always, always, always, taking out the garbage & recycle and setting the cans out on pick-up day. I have never once asked him to do it, he just does. I always express my gratitude to him for doing it.

Joe & Marcia have lived here longer, just over a year now. At first, they were pretty consistent at cleaning up after themselves and asking if I needed any help, to let them know. I never expected them to help with any other part of the house because, 1) it is my house, and 2) they never utilized other parts. They stick to their bedroom and the kitchen. All that has ever been asked is that they clean up after themselves in the kitchen.

Over the past several months things have slowly started to change. Dishes began piling up in the sink for over a week at at time. Most times I let them sit there waiting for them to get done. I am responsible to do my dishes, Pete is responsible to do his dishes and Joe & Marcia are responsible to do theirs. Pretty simple, right? You would think but over the past 3 months, I have ended up doing the dishes that have sat their for almost 2 weeks, several times. There are several excuses for this:

Then, 2 weeks ago, on July 4th, I asked Joe & Marcia to clean out all their old food in the refrigerator because there was no room for anything else. I bought some food to cook that day and could not get it into the refrigerator so I had to throw some stuff out myself. I don’t cook often so I really don’t have much in the refrigerator except condiments or a couple of sodas. Oh and a bottle of margarita mix that has been there forever. I was told they would but it did not happen until yesterday (Wednesday) morning. That’s right…11 days.

On Tuesday this week, I walked into their bathroom which is the hallway bathroom and the one that guests would use if I had anyone over. The door is usually kept closed because the cat gets mad that they won’t let her in their room and she will piss and crap in there. So when I walked in on Tuesday, I was utterly disgusted. It was filthy. It was beyond filthy. I can’t even describe in words what it was like. I went and knocked on their door and asked them to clean the bathroom. Joe told me, “Ok, I’ll do it and we’ll get the refrigerator cleaned out too.” I said, “thank you” and walked away.

Well, Tuesday came and went while both of them stayed in their room the entire day and night.

Wednesday morning, after Marcia cleaned out the refrigerator, she peeked her head into my office (right next to the kitchen) to tell me that she had cleaned it out. I told her that I would like to sit down and talk with her and Joe when they came home from work that evening.  She said ok and would let Joe know. Joe came out of his room about 30 minutes later and said they were available to talk now if I wanted. So we did.

I let them know that they were not doing, what they were suppose to be doing, and that they needed to get back on track, mentioning the dishes and the bathroom and how disgusting it was. Joe decided to interject at this point and told me, “Now don’t be offended but when we moved in, you were in a bad place in your life and we were doing everything and you weren’t, so eventually I stopped. Now I see you are doing more, I know I need to start doing more.”

Let me clarify for you what is going on in Joe’s mind. Yes, I was in a bit of emotional turmoil when they moved in but that did not keep me from doing the necessary things in life that needed to get done. What Joe kept offering to do was to clean out the garage and put shelving in and he wanted to rip out my front porch because he doesn’t like it and he thinks it would look better. I kept telling him, “I’m not tearing out the front porch and I’m not ready to deal with the garage.” In his mind, I guess he was trying to help me but I didn’t want that. All I asked is that they do their part in cleaning up after themselves.

I told them that whatever is going on in my life good or bad, it has no bearing on them cleaning up after themselves. After a little more discussion Joe said he “will have the dishes done and the bathroom cleaned buy the end of the week but not today because I don’t feel good.” I said ok and we parted ways, them to their room and me to my office.

The kick in the face came a few hours later when I got home from running some errands that afternoon. I walked down the hallway to my room and right in front of the bathroom door, on the floor, was the towel they had been using as a rug in front of the tub. It was set outside the door because the cat had pissed on it. I was furious! The laundry room is 5 feet away! I refused to pick it up. I felt it was a straight-up slap in the face and completely disrespectful since we had just had the conversation a few hours earlier.

I waited, thinking that someone would pick it up when they got home from work that night. Didn’t happen. This morning when I got out of bed, it was still there. I came into my office to do some work…fuming. Then I heard them both get up and both go in and out of the bathroom. About an hour later, I went to look. It was still there! They both had to step over the towel to enter and exit the bathroom. At this point, I was about to lose it. I left the house.

I agreed to the end of the week which was stupid on my part but since I did it, I will wait. The towel has since been picked up, finally. However, if the dishes are not done and the bathroom not clean by end of day Saturday, I will be handing them a 30-day notice. I should not have to tell a grown-ass man and a grown-ass woman to pick up after themselves! I will not treat grown-ass adults as children. If I wanted children, I would foster them! If you don’t want to be an adult…then get out!

My friend thinks I should text them and let them know if it is not done I will be giving them notice, but I do not. Her reasoning is that I did not let them know what the consequence would be if it wasn’t done by the end of the week. I disagree. Most of life’s consequences do not have a forewarning. Sometimes it just common sense. Possibly more confrontation to come…UGH!

If you have read to the end of this, do you have any thoughts or opinions.on the 30-day notice being given without warning?

The bathroom has been cleaned and the dishes done! 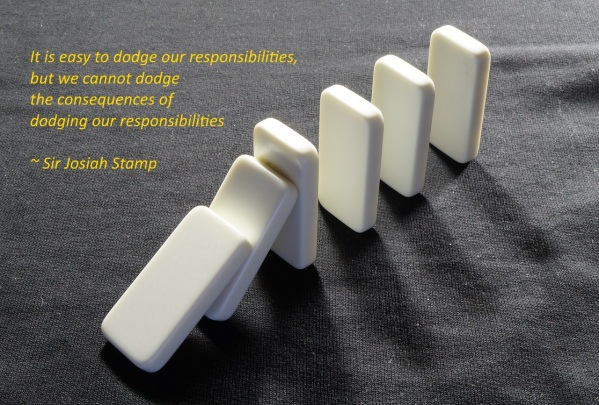