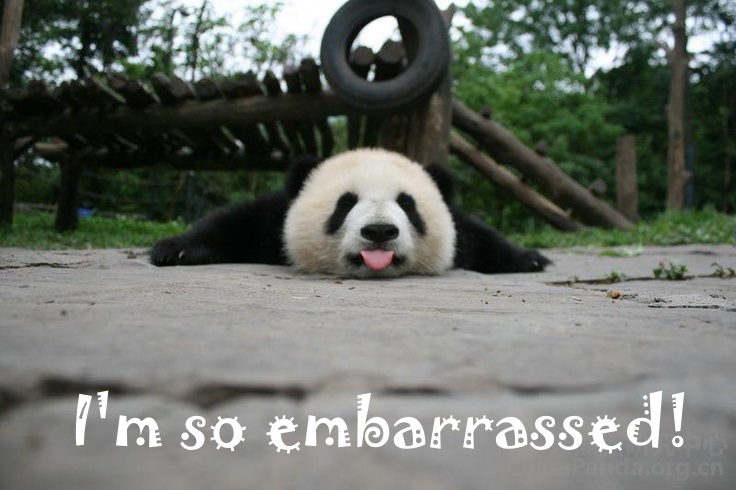 I have a little story to tell you about my total relapse into codependency last night. This blog is about the good, the bad and the ugly so I guess I better come clean. I wouldn’t consider it quite “ugly” but it probably falls in the higher end of bad…but funny.

Let me give you a little background:

Paul and I have been dating for 7 months. It’s been a great 7 months! We have pretty much established a routine of communication and it leaves me feeling very comfortable and secure in our relationship. I do not feel the need to talk or text him all the time and I don’t. I would say 90% of the time he initiates the communication when we are apart and it’s really comforting to me that he does.

Paul has his own house about 15 minutes from mine and his brother and sister live there with him. Every other week, for the full week, he is on call. When he is on call, I don’t see him every night. This week was a little different because I only saw him for a few hours on Monday night. He hasn’t been feeling well and he’s also been on call. He occasionally has kidney stones and well, being the stereotypical man, when it comes to doctors, he doesn’t go. Last night however, I blew it.

He was buying a car from a friend of a friend yesterday evening and text me that she was on her way. I text back asking if he was going to bring it by so I could see when he was done. No response. Ok, no biggie, he’s busy. About an hour and a half later, I text him again. No response. Hmmmm… Now let me stop here and explain that in the past he has had problems receiving my text messages. He eventually calls me and asks, “are you getting any of my text messages?” to which I reply, “yes and I’m responding to all of them.” This has happened about 3 times. Once he somehow set his phone to airplane mode and the other 2 times he has had to go into the store and have them figure out what was going on. So, after my 3rd text, another hour later, I decided to call and see if he was even getting my texts. Straight to voicemail.

Well, there I went. In my defense, I haven’t been feeling well for a couple of weeks. I am in the middle of an RA flare, I have been a little stressed and depressed, and well, it’s that time of the month (sorry guys). Ok, enough with the excuses.

My head started spinning and over the next couple of hours, I fought it diligently… and then I lost. Did I upset him somehow? Was he mad? I haven’t seen him much this week, does he not want to see me anymore? I fought these thoughts over and over. I tried to reason with myself because I KNOW this is all just me backsliding because of past experiences and it is NOT reality. After a few more calls, I wondered if something could have possibly happened to him. I knew he hadn’t been feeling well. Or maybe he was in an accident. Yep, there I went.

So what did I do at 10:30 last night? You guessed it (and I’m pretty sure you did)! I called the hospital. I only called one…

Me: Ummm…Do you happen to have a Paul B. in your ER?

ER Nurse: Yes, he was here but he was moved to the 5th floor after surgery.

What?! Surgery? Oh my gawd! Now my head and heart were doing flip-flops!

Me: Can you tell me what happened?

ER Nurse: I can transfer you up to the nurses’ station and you can speak to them.

Yep, I’m flipping out about now. Call transferred and a nurse answers.

Me: Can you tell me what happened?

She transfers the call to his room and it must have been close to her station because after about 3 rings, she picks it up.

Nurse: I didn’t realize he was sleeping.

He starts to wake up so she asks him if he would like to take the call. He says yes.

Me: Paul? What happened?

Paul: I had surgery.

Now let me explain before I go any further. I know from my own experiences (a few of them) that when you have surgery, they put a tube down your throat. When they remove it, it’s hard to talk and your throat hurts. You’re in pain and you’re groggy. He was talking kind of low and his voice was shaky and raspy…but I was wondering all the same.

Me: What happened? Why did you have surgery?

Paul: I have kidney stones! They took my kidney out…my gall out…they did surgery. I need my sister here.

(Just so you know, he does suffer from kidney stones!)

Paul: She was suppose to call you then come here!

Me: I haven’t heard from her.

Paul: I need her here!

Me: Ok, I’ll go get her and bring her there.

Paul: She may be sleeping, you might have to wake her up.

Me: Do you know who you’re talking to?

Now mind you, I was a little shaken and a bit confused…that’s my excuse and I’m sticking to it. Something wasn’t sitting right with me so I call the nurse back. Trust me, if I have ever sounded like and idiot, in my entire life, it was last night.

Me: Ummm…It’s me again. Ummmm… I’m not sure that I was just talking to my boyfriend.

Nurse: You don’t know if you were talking to your boyfriend? (She starts laughing)

Me: Well, I’m not sure. Can you tell me how long he has been there? (I couldn’t get my brain to ask the right questions)

Me: Ok, I’ll get his sister and we’ll be down. Thank you.

I got up and dressed, still feeling a little confused. I grabbed my purse and just as I reached the front door, I got a text message. I thought, “Oh, he must have turned his phone back on and wants something else.” I pulled the phone out of my purse and yep, it was him. Here’s what his text said: “Hi honey I just got home. I’m sorry my phone died and I didn’t have my charger. Had to do some work on the car so I could get it home but I’m home now.”

Of course I had to call and tell him what I did and of course, he was dying of laughter. I Love that God has a sense of humor and stopped me just at the right time. I can’t even imagine how humiliated I would have been had I gone and told his sister that he was in the hospital and then took her there when it wasn’t even him!

And yes, I feel bad that some man in the hospital is waiting for me (whoever I’m suppose to be) to show up with his sister.

Anyway…back in the saddle I go.