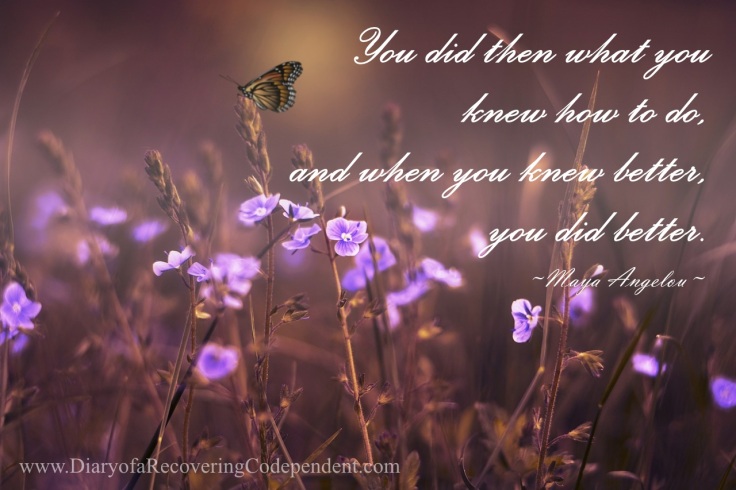 The one you kissed on New Year’s Eve.

Well, let’s be honest…I kissed them all on New Year’s Eve. Right? Who hasn’t kissed their significant other on this special night? However, I will tell you about the one that relates to my codependency.

If I’m not mistaken, it was New Year’s Eve 1989 (I could be wrong about the year). My boyfriend (I’ll call him Dan) and his best friend decided we would go to Tahoe for their big New Year’s Eve celebration. The day started out wonderfully as we rented mopeds and rode around the lake, taking in all the beauty. Then off to the casino to do some gambling and dinner. We were all having a great time until it was time to head out into the street.

Back then, they would close off the main street in Tahoe between the casinos and everyone would pour out into the street for the countdown to the New Year. Minutes before the countdown began, the crowds started moving and it was like a swirling mosh of drunken idiots. People yelling and waving and grabbing and laughing; a constant movement that you could not be released from.

Dan held onto my hand so we wouldn’t get separated. I’m a little on the short side and I felt everyone towered above me. People were stepping all over my feet as I was being pushed through the crowd. I was so afraid I was going to fall and I started to panic. Just as the countdown ended, Dan turned and kissed me as he said, “Happy New Year Babe!” Then to my horror, he turned and kissed another girl, then another and another! I have no idea how many he kissed but I do know how angry I was. His best friend told him that he was suppose to kiss as many as he could on New Year’s Eve and he went with it.

I was crushed. I fought my way out of the crowd and went to the garage and cried. When Dan and his friend finally found me, I had pulled myself together and acted as if nothing ever happened. I didn’t want to upset him or ruin his New Year’s celebration.

How sad is that? I couldn’t even stand up for myself because I didn’t want to upset him. I believe that if this kind of situation were to happen today, I would not only speak my mind, I would be done with the relationship. I have a strength today that I didn’t have in my younger years and I have boundaries that I make very clear. I remind myself often that I will never allow others to walk over or disregard me ever again.

2 thoughts on “Inside Out Challenge – Day 6”