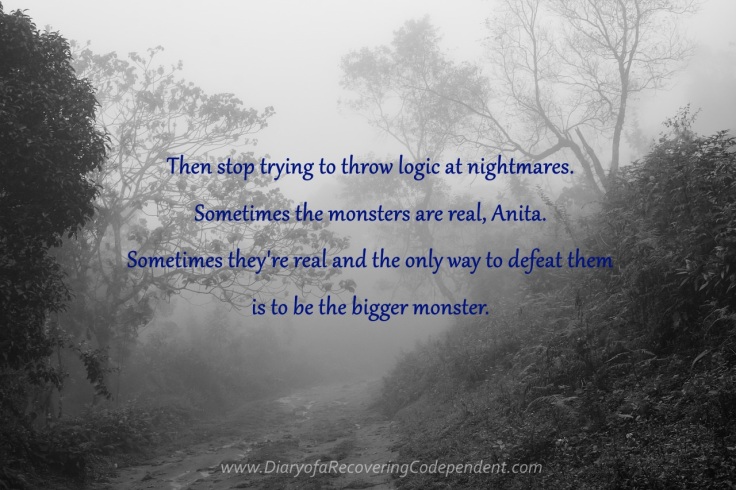 The sweetest dream you had last night

As you can tell, I haven’t quite kept up with this challenge the way I had hoped to, although I will finish. I had surgery on my foot last week and well, living with a cast is a nightmare in itself. Because of the painkillers, I haven’t had a sweet, nice or even boring dream for the last week. Painkillers cause me to have nightmares.

I had one last night in which I was running through a building of some sorts. I don’t know what I was running from but I know I was running for my life. I ran into an empty room and four masked men were pointing rifles at me. All of a sudden, I sprang into action like some kind of Marvel Comics super-hero, or CIA super-agent, or dare I say, assassin.

I snatched the rifle from one of the gunmen and instantly shot the three others while the first one took off running for his life. I woke up myself up yelling, “Don’t fuck with me!” When I came to my senses, I thought, “That was weird” and within a few minutes, I drifted back off to sleep.

Maybe all this time in bed, on painkillers and watching too many action movies morphed my subconscious into a female version of Liam Neeson in “Taken”…

I don’t know who you are. I don’t know what you want. If you are looking for ransom, I can tell you I don’t have money. But what I do have are a very particular set of skills, skills I have acquired over a very long career. Skills that make me a nightmare for people like you. If you let my daughter go now, that’ll be the end of it. I will not look for you, I will not pursue you. But if you don’t, I will look for you, I will find you, and I will kill you.