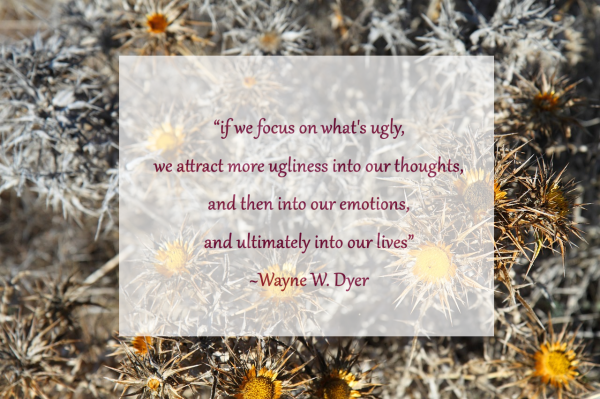 In order to understand where I came from and why I started writing this blog, I feel it is time to expose myself and the ugliness of my past. In doing so, I hope this helps someone find the strength and courage to keep pushing forward on their journey and know in their hearts, a better life is possible.

I’ve given you just a basic overview of my life on my “About” page but I really don’t tell you how I landed in that ugly place. I have a story, as we all do, and I am guided to tell mine. My story is not written to tell you all about me because sharing my deepest secrets, hurts, bad choices and the just plain ugliness of my life, leaves me open to judgment and ridicule, but God’s got that covered. “Don’t be afraid, for I am with you. Don’t be discouraged, for I am your God. I will strengthen you and help you. I will hold you up with my victorious right hand.” Isaiah 41:10

I tell my story to tell you of God’s abundant, amazing, incredible grace and mercy. He can and will restore you to a place of joy and happiness even in the midst of terrible trials and storms. There are not enough words to describe it. My purpose is to give you hope that no matter what, the choices you have made, the wrong things you have done, the people you have hurt, the hurts that have been done to you, God is bigger than all of it and will shower you with His grace and mercy…because He loves you and He loves me. It’s as simple as that.

I also want to preface this story with the statement, “I love my family dearly and I know they love me!” The things I speak of in this blog are based on my perception and my reaction to that perception. It was my reality at the time and through God’s love and grace, I have been able to see the truth. Not how anyone hurt me but how I took that pain and allowed it to morph into an unhealthy self-perception, which guided me in the choices I made in life. No one, other than myself, is to blame for these choices. We have all been hurt by people in our lives but how we handle that pain is what determines our life’s course.

I hope my story encourages you and touches your heart and helps you to understand that God does have an amazing plan for your life and though you may not be able to see it, He does have one.

The Ugliness of Who I Was…Part 1

I was born in Wurzburg, Germany, in March of 1966. Yep, almost 50 and finally able to believe in and love myself. It took me a long time to get here and it was a painful, yet healing journey. Anyway, I was born into a military family and we moved every 2-3 years. I have a brother that is 2 years older and life with him was unbearable. It wasn’t until about 3 years ago that he and I finally sat down and really talked, that I found out how much he truly hated me from the day I was born. That conversation led to a lot of healing and understanding for both of us and today our relationship has been restored.

I don’t remember much that happened before I was around 5 but the memories I do have are not good ones. My father had a very hot temper. It seemed the slightest thing could set him off and he would blow. I would hide (if I could) when he would yell. His anger would strike an irrational fear in me. I cannot tell you why but the fear was almost paralyzing. This temper also lived in my brother and I was always terribly afraid of him. Unfortunately, I found this temper was also rooted deep within me but it did not rear its ugly head until many years later.

Both my father and brother loved to make me cry. They would tease me and tell me how ugly I was…I wasn’t just ugly….I was, “ooooooooogllllyyyy…”. I would cry and my heart would be broken. It has taken me my whole life to finally get to the place where I can see pretty in my pictures.

I was also molested as a child for many years. I have memories from the time I was 10 until I was 13 but a few years ago, I found out that it actually started when I was 4. That in itself proves to me that people can and do block out memories of trauma. I do not remember the abuse prior to when I was 10 but I do remember being afraid all the time but I couldn’t tell you of what. It is only through God’s grace and mercy that I have come to true forgiveness of this person and I wish no harm or ill-will to come to them. I only speak of it as it played a significant role in how I saw myself and the choices I have made in my life.

When I was 10-years-old, my parents divorced and of course we moved again to be closer to family in Texas. My mother sat us down and told us that things were going to be a little difficult for awhile and that if we wanted to be happy, we needed to make sure she was happy. I took that to mean: we needed to be good, we needed to obey, we needed to be helpful. I understood the old cliche, “If Mom’s not happy, nobody’s happy.”

My brother, on the other hand, did not handle the divorce well. He was angry and hateful and full of rage. I bore the brunt of that rage. We fought daily; a lot of times physically and always emotionally. When we fought, he would swear that he was going to kill me before he died and I believed him. I lived in terrible fear of my own brother. This is not to say that I didn’t fight back. I could yell and name-call with the best of them and when it became physical, I used anything within my means to hurt him back; clawing, kicking, throwing… though it only caused him to get angrier and I would eventually have to run for a hiding place. In 1979, my brother went to live with my father and Mom and I moved to California.

In the fall of 1979, my mom started dating Gary. They were married a year later. Let me tell you a little about Gary: He was the most gentle and loving man I had ever known besides my grandfather. He loved my mother and he loved me and he never failed to show it. In all the years I knew him, I never heard him yell, not even when he was mad.

One day, when the three of us were together, he put his arms around us and said, “Here are my sweethearts; my sweetheart #1 and my sweetheart #2.”  Being a teenager with really no self-esteem, I became indignant and told him that I refused to be #2, because I would never be second to anyone. Now that was funny because I have spent my life putting everyone but myself first. Lovingly, he said, “That’s fine; you’ll be my sweetheart #1.5”. Oh how he always made me feel so loved and special. It was silly, I know, but that’s what he called me for many years.

Gary always seemed to be encouraging me and letting me try to figure out who I was, though I did not do that for many, many years. Mom, on the other hand, had many expectations of me and I never seemed to meet them. At least that’s the way I felt whether it was true or not. I hated disappointing my mother. I hid things from her and lied to her because I was so afraid of hearing those words, “I am so disappointed in you”. The few times I did hear that phrase, my life became obsessed with trying to make things right and gain her approval again.

There was a deep seated need for approval in my life and I tried to get it anyway I could, from anyone I could. This behavior led me into numerous unhealthy relationships…which I will leave for the next post.