How appropriate to be writing this post on our Nation’s birthday. This is the day our Nation declared its independence and so, it is also the day I declare my personal independence. I am no longer bound by the chains of pain and sadness!

The last few days have been emotional and painful but it was all worth it. Today I am FREE! No worries, no guilt, no sadness, no more emotional pain. I am completely free of the bondage and baggage of this last relationship. WOW! I feel GREAT! Let me explain how this last week has played out for me and maybe you will understand how I ended up in this peaceful and joyous place.

Early last December, I told my (at that time) boyfriend that he had to move out. His drinking had been destroying our relationship and causing chaos in our lives and in the relationships between me and my children. It was a hard stand I had to take and I have never regretted it.

Over the next few months he got sober and we continued to see each other and I felt we were working to restore our relationship. He kept asking when he could come back and I kept telling him I didn’t have an answer for him. For me, I need to see more than just a couple of months of sobriety but he continued to insist that he was better.

In April he signed an 18 month lease on an apartment and that’s when things went sideways. All of a sudden he wouldn’t return my calls or texts and when we did speak he would tell me he was coming over the next day or whenever, but never showed. This went on for over 3 weeks when I finally decided to confront him and ask if he was seeing someone else. At first there was just a vague response about life taking him in a new direction but I obviously knew what that meant. I mean, come on, really? He finally admitted that he had started “dating” and that was all there was. He said he’d see if other things worked out and “if not”…Oh hold it right there! I let him know that I would NEVER be his or anyone else’s “if not”. I wished him well in his new relationship (though he insisted he was not in a relationship and only dating…whatever) and let him know we had several loose ends that we had to tie up over the next few months.

One night he called me with “the other woman” on speaker phone because he was obviously trying to dig himself out of a hole. He had told her that we had split up in December and there had been nothing between us since. (Please note that I am putting things in a nutshell here.) What I didn’t know at the time was that he was telling her I was a delusional stalker and couldn’t let go. Funny because I let go the day I knew he was seeing someone else. I had told him that out of respect for her and his new relationship, I would not contact him and that when he would need to contact me to take care of loose ends.

Over the next couple of months he continued to call me and we were on friendly terms. He would tell me how unhappy he was and that his new girlfriend was psycho. He fell off the wagon with alcohol and pills and his life was out of control. I just let him know that he would have to deal with the consequences of the choices he had made.

Fast forward to this week…I received a message from “the other woman” who just had a gut feeling that the things she was being told were not right. I offered to speak to her and that evening we did. We were honest with each other. We laughed and we cried together. It was painful yet healing for the both of us. We were both being lied to and the reality was there was no need for it. I am not ashamed to say it…we instantly became friends! She is an amazing, intelligent and caring woman. She is not some crazy psycho. I know she feels the same about me. 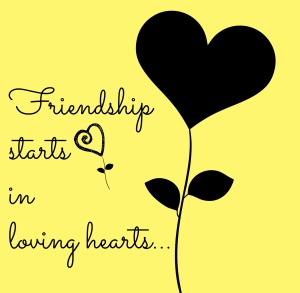 She confronted him with the truth about everything on Wednesday and invited me to come to the hospital yesterday, to give me the opportunity to do the same. (Yes, I said hospital. He had surgery for cancer on Monday but he is fine.) I was having such a hard time yesterday that I almost didn’t go. I spoke with her on the phone and finally relented. I am so glad I did. She was a rock for me. She stood next to me as confronted him with the lies and I was able to be straight forward about the pain he caused. I was not willing to hear any explanations or any semblance of an apology. At this point in his forced detox, it is meaningless.

I was given the opportunity to “be heard” and that in itself was so freeing. I cannot tell you how much better I feel. I offered him grace and mercy, which he deserves neither, but for me it is what I need to do, to be free from the pain. What a blessing!

I now have a wonderful new friend. For those of you who think that is wrong or weird, I’d like you to try sometime and get to know someone personally and not by what others tell you. It has made big difference for both of us.

How much more freedom can I have than that?