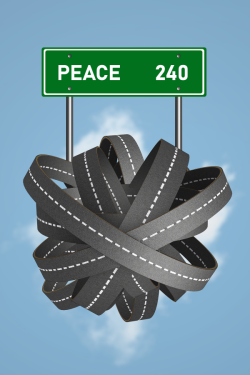 I have been gone from the blogging world for so long. I had so many problems trying to move my blog to a new platform that I finally just gave up and moved it back to WordPress.com. I’ve changed the name and the url so now I have to go in and fix the links. UGH. However, that’s not what I want to write about.

What do I want to write about? I don’t even know where to begin. So much has happened and is currently happening that I just can’t get my brain to function and focus on any one thing in particular. So maybe I’ll just give you the snap-shot of the last few months:

My brother passed away in February. He had been sick for years and had end-stage renal disease but that’s not what he died of. He died of hypertensive cardiovascular disease which was a complete shock for us. He was only 55 years old.

My mother and I flew out to Mississippi to pick up his cremains and property and drove his Yukon back to California. It was a great trip with my mom and I believe it has brought us closer.

My brother has a wife, Jeanna, but sadly she has Huntington’s Disease. HDSA.org states, “Huntington’s disease (HD) is a fatal genetic disorder that causes the progressive breakdown of nerve cells in the brain. It deteriorates a person’s physical and mental abilities usually during their prime working years and has no cure.” Jeanna is in a VA extended care facility just over an hour away from me. So I am handling everything for her as well as everything related to my brother’s passing. I had everything planned, the funeral at the VA cemetery and a celebration of life with friends afterward. Then, Covid-19 reared its ugly head. Everything was cancelled and my brother sits on a shelf in my hutch.

My granddaughter has been out of school since early March and they are finally going to start distance learning on April 20th. Keeping children busy during this time is really difficult. Emily is 11 so much of the time she entertains herself but other times she is bored stiff and needs some interaction. She misses her friends and it is hard because she can’t go out and play with them. I truly feel for parents who have younger children and have to keep them busy all day, every day.

In the midst of this “lock-down” my daughter’s (now-ex) boyfriend, fell off the wagon and decided to get loaded. While we were out shopping, he got angry and decided to leave because Sarah was angry with him. When we got home, I wouldn’t let him come back. We had to call the Sheriff on him a couple days later when he kept knocking on the bedroom window in the middle of the night. Sarah took him back to San Luis Obispo the next day. I was a bit frustrated when she came back and all was forgiven but I knew, since I have been there, done that, that it wouldn’t last. I just didn’t tell her that.

Yep, kept my mouth shut and stayed on my side of the street. Until things blew up last week and she came to me for help. She broke up with him and he has created an absolute hell for her. Even managed to hack her account and steal her money which led to another call to the Sheriff. He also started calling and texting my granddaughter! Both their phone numbers have been changed. We’re waiting to see if he shows up this Saturday at the specified time given to him to pick up the few things he wanted. It has been a nightmare of a week.

This past Sunday when we were re-arranging the unused family room so it can be used, we found a hole in the wall that a rat chewed through but my exterminator will not put poison in the house so I have to figure out how to kill it myself. They will only do sticky traps. Then to top it off, Sunday night we found a termites nest coming out from under the sheet rock in the hallway. Guess what? My exterminator doesn’t do termites! WTF!

So, this is where my brain is…overload. I will pull it together and hopefully provide some encouraging and useful, if not laughable, posts soon. Until then, I look forward to reading your blogs!

3 thoughts on “I don’t even know where to begin…”

All written content is © of Terri Randall and Journey On Strong, 2020. Unauthorized use and/or duplication of this material without express and written permission from this site’s author and/or owner is strictly prohibited. Excerpts and links may be used, provided that full and clear credit is given to Terri Randall and Journey On Strong with appropriate and specific direction to the original content.