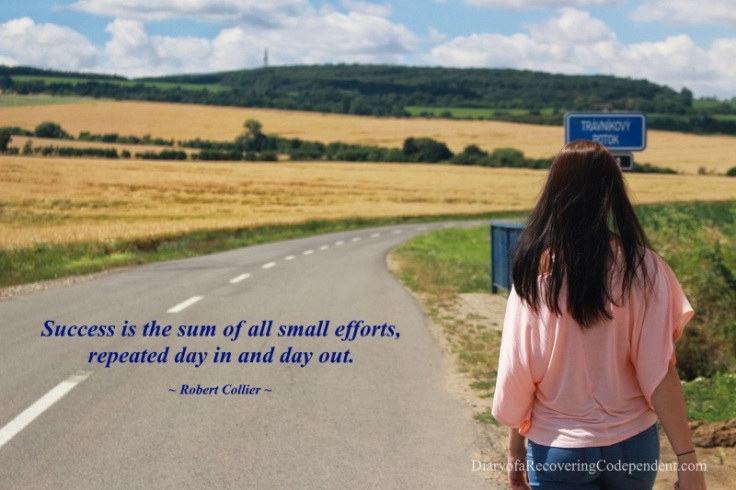 It’s actually empowering when I use the tools of my recovery and watch how things unfold. Last night I practiced “staying on my side of the street” and it was so easy and refreshing.

I was expecting my boyfriend to come over but when we were texting, his texts were very terse and he said he was going to get something to eat and didn’t know if he was coming over. Now let me just say that in the almost three years that we have been together, he has NEVER gone to get something to eat before he comes over. We always eat together. My initial reaction was a feeling that he was upset with me. In the past, I would have worried and fretted over it. I would have even prodded him to tell me what was bothering him. But not last night!

Then he said he was hopping in the shower and maybe come over. I told him that since it was only my daughter and I at home, we were going to get something to eat too and asked if he want us to wait for him. His response, “Nope”.

An hour later, just as we were finishing up with our dinner, he text me that he was at the house. I told him where we were, that we would be leaving in a few minutes and that he could go in and we’d be home shortly. He responded, “Are you bringing me some?” I had to laugh. So I ordered his usual and took it home to him and the rest of the night was just as wonderful as always.

Had I prodded him for information or stressed out about why he may have been upset, I would have only made things worse for myself. I was able to “stay on my side of the street” and mind my own business. I didn’t feel the need to take on his problems or fix anything and you can’t imagine how freeing that is to someone who struggles with codependency!